The Sandler Center for the Performing Arts opened on November 3, 2007, with a performance for violin virtuoso Itzhak Perlman. The demand for superior art and entertainment building in Virginia Beach was growing, which sparked the growth of the Sandler Center starting in 2001.

In 2001, existing regional facilities were limited, lacking the optimal size, quality, and functionality to meet the needs of current and potential tenants. Emerging and long-standing local arts organizations desperately wanted access to well-equipped facilities with rehearsal and teaching spaces, reservation scheduling, and reasonable rental rates. It soon became apparent to the Virginia Beach City Council that the city needed its own cultural center, and the Council began its plans to replace the 1000-seat Pavilion Theatre with a facility deemed "equal or better." After 6 diligent years, the city completed its architectural masterpiece. The Sandler Center for the Performing Arts was dedicated in November of 2007 and is now not only heralded as one of the region's most stunning structures but also among the nation's most acoustically sound venues for the arts.

The mission of the Sandler Center for the Performing Arts is to enrich the lives of residents and guests by providing great and diverse performances, experiences, and educational programs for the arts. In doing so, the Sandler Center will serve as a home for regional and community arts organizations that contribute to the arts and culture of Virginia Beach. 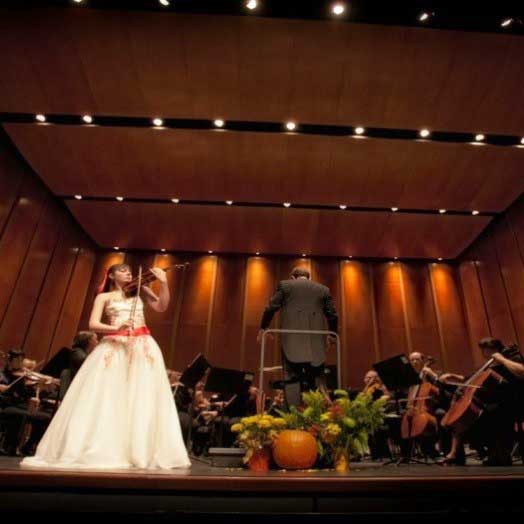 A heartwarming triumph, in 2005, at age 10, Ànnika gave a passionate speech and violin performance before Mayor Meyera E. Oberndorf and the Virginia Beach City Council, which won support for building a new performing arts center in Town Center of Virginia Beach. She gave the first public donation from her music and poetry prizes and continued to raise funds, write advocacy letters, and garner support for the project, including performing at the naming rights major fundraiser at Town Center City Club in Virginia Beach. She was commended by Mayor Oberndorf and invited to the State of the City Address Luncheon, and later, as a special guest to participate in the May 12, 2005 Groundbreaking Ceremony of the new Sandler Center for the Performing Arts. She was also invited to perform at the Dedication Ceremony on November 1, 2007, and a portrait of her performing is on permanent display at the Sandler Center for the Performing Arts.

On November 3, 2007, a dream realized, Ànnika was recognized on stage and presented a Key to the City of Virginia Beach by Mayor Oberndorf before the opening night Gala Concert featuring the inaugural performance by virtuoso violinist Itzhak Perlman. She appeared on the cover of the 2007 Fall Issue of Beach - The Magazine of Virginia Beach, and her story was profiled in the article "Hitting the Right Notes - Raising the Curtain." In 2013, in a celebration of the 50th Anniversary of the City of Virginia Beach, Ànnika's "Sandler Story" appears in the documentary tribute to Mayor Oberndorf.

For more about Ànnika, please visit

For more information about previous events after October 2019, check out our calendar for the most up to date events to date.