From South by Southwest to Austin City Limits, the internationally celebrated singer, multi-instrumentalist, and songwriter Kishi Bashi has been pushing musical boundaries since growing up in Norfolk. Written in honor of the 75th anniversary of the internment of Japanese Americans during World War II, his multimedia presentation combines elements of film as well as recorded and improvised music. The work was premiered by Miami’s Nu Deco Ensemble in 2018 with co-founder and artistic director Jacomo Bairos on the podium.

As of March 1, 2022, in accordance with the updated CDC guidance and lowered Covid case counts in our area, face masks will no longer be required for audience members. Requests for socially distanced seating will be accommodated where available.

Gearing up for one of our biggest summer shows of the season! 😎 Wednesday, August 10 (weather permitting), join us from 5pm - 9pm on the outdoor plaza for Ynot Wednesday featuring @thedeloreans! @ynotitalian @drivingsouthern
Such a fun night with Guava Jam - thanks for coming out for another great YNot Wednesday! Next week? The Deloreans!
Tonight, tonight, tonight! 5pm - 9pm! Free music from Guava Jam! @ynotitalian food! Dancing! Crafts for Kids! Drinks (including new craft cocktail options)! And sunny skies from here to Thursday! 🌞 Can't wait to see you! @drivingsouthern
Tickets are on sale now for comedian @tompapa, coming to the Sandler Center on Saturday, October 29 at 8pm, as Town Scapes presents this Comedy Night to benefit @pinministry! (Link in bio)
August is here, and (much to the chagrin of teachers everywhere) the back-to-school supplies have arrived! Drop by Ynot Wednesday featuring Guava Jam tomorrow night and leave a donation - we'll keep the box out all month long! 📗🖍✂️
Congratulations to all our Christmas in July Giveaway Winners, and a huge thank you to everyone who participated! 🎄☀️ Didn't win this time? It's not too late to purchase tickets! Visit sandlercenter.org for a full list of upcoming events!
August may be looming, but it's still CHRISTMAS IN JULY! Join us at Facebook.com/sandlercenter for ONE MORE GIVEAWAY! 🎄🎸 Enter to win 2 tickets to Joanne Shaw Taylor Friday, November 11 at 8pm at the Sandler Center! joanneshawtaylor
⛵️Tickets are ON SALE NOW for Christopher Cross, coming to the Sandler Center Wednesday, October 19 at 7:30pm! (Link in bio.) @itsmrcross
You can go your own way... but it will still be CHRISTMAS IN JULY! Join us at Facebook.com/sandlercenter (link in bio!) to enter to win 2 tickets to Rumours of Fleetwood Mac (the world's finest tribute to Fleetwood Mac!) Saturday, October 22 at 8pm at the Sandler Center! @rumoursoffleetwoodmac @NationalShows2
Ho, ho, ho! The Christmas in July Ticket Giveaway continues! Join us at Facebook.com/sandlercenter (link in bio) to win 2 tickets to see comedian Anjelah Johnson-Reyes at the Sandler Center on Sunday, September 18 at 7pm! @anjelahjohnson @nationalshows2
Another Ynot Wednesday on the books - thanks for coming out, we love to see you!!! 😍
TONIGHT!! Join us on the Sandler Center plaza for Ynot Wednesday featuring @bjgriffinmusic, presented by @drivingsouthern! Beat the heat with some tasty beverages, or a delicious gelato from @ynotitalian. Or pop inside to enjoy the air conditioning and Kids Craft Corner in the Miller Studio! The music will be hot, and the party will be cool as ever! 🔥🧊
Join us at Facebook.com/sandlercenter (link in bio!) for a chance to win TWO TICKETS to ABBA The Concert: A Tribute to ABBA, on Sat, August 6 at 8pm! @abbatheconcert @NationalShows2
The SECOND day of Christmas in July arrived with 20% off "Nutcracker! Magic of Christmas Ballet," coming to the Sandler Center on November 23! Use code XMAS now through Wednesday, August 31 to save on this magical holiday favorite. Link in bio! @nutcrackerdotcom
📌EDIT: Offer extended!! On the first day of Christmas in July, my true love gave to me... 25% off tickets to Deck The Halls with Disney featuring @dcappellamusic! Use code CHRISTMAS until 11:59pm on *Friday, July 29* to save on Disney hits and holiday favorites - link in bio! #christmasinjuly
It’s Wednesday and the sun is OUT!! 🕶 Let’s jam! @thegentlemenandtheirlady (5pm - 9pm on the Sandler Center outdoor plaza) @ynotitalian @drivingsouthern @apexentertainmentt @whiteclaw
Tomorrow night!!!! 🎉 @thegentlemenandtheirlady
Yet another Ynot Rainsday for @goodshotjudy… ⛈😔 We’re working to reschedule as many of these rained-out dates as we can, but next week’s Ynot Wednesday featuring The Gentlemen & Their Lady is still looking good, so keep those fingers crossed! @ynotitalian @drivingsouthern
This Wednesday night from 5pm - 9pm - @goodshotjudy!!! 💃🎷🎺 #YnotWednesday @YnotItalian @drivingsouthern
Who do we need to talk to about this Wednesday night weather?! Sorry, everyone! Due to the threat of thunderstorms, we are unfortunately postponing tonight's Ynot Wednesday featuring @anthony_rosano_official. We will work with the band to reschedule, but please join us next week on July 13 for Ynot Wednesday featuring @goodshotjudy, where we'll (hopefully!) have better timing with these summer storms! ⛈
Have a safe and happy holiday weekend, everyone! Our box office will be closed on Monday, July 4 in celebration of Independence Day. ⭐
We regret to pass along the news that, due to illness, @celestekellogg will not be able to appear at this week's Ynot Wednesday. 😢 The good news, however, is that TFC Band, rescheduled from last week's rainstorm, will be appearing instead! And as always, we'll have @ynotitalian serving up delicious pizza, sandwiches, and desserts, soft drinks, beer, wine, and hard seltzers available outside, and lots of sponsor tables to visit, including @drivingsouthern, 360IT Partners, @whiteclaw, @apexentertainmentt, and more! We can't wait to see you tomorrow night for another Ynot Wednesday party on the plaza! ☀️🎉🍕 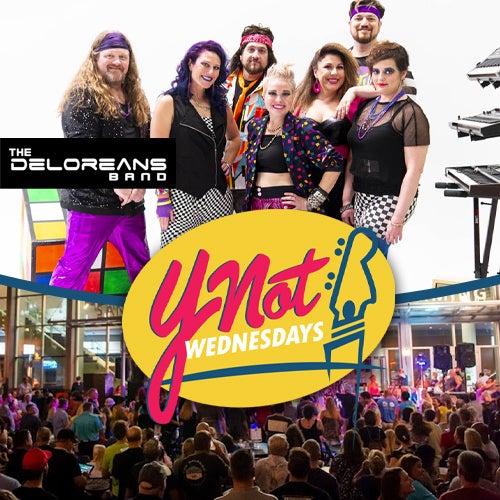 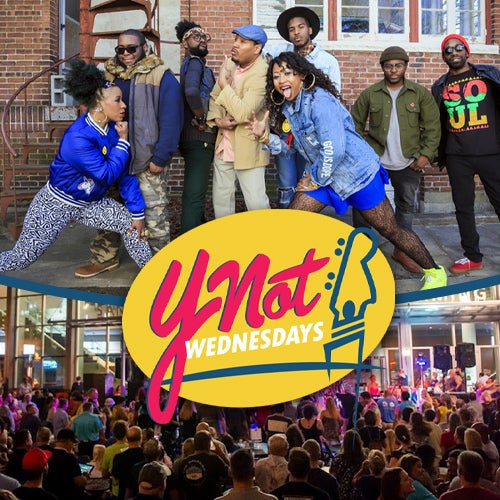 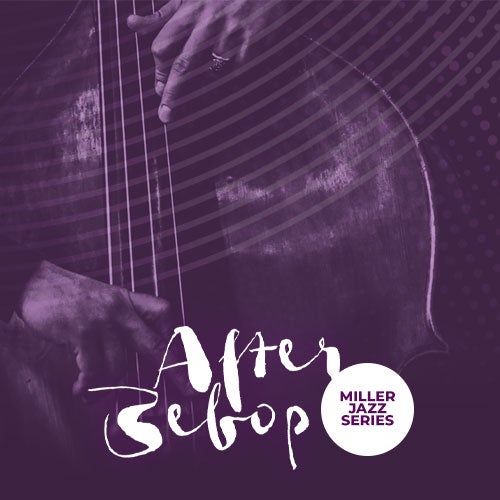 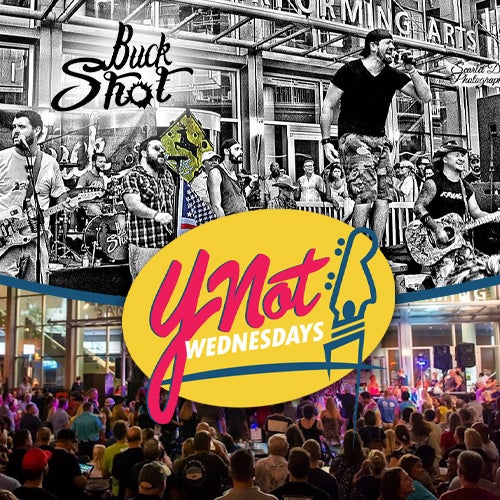 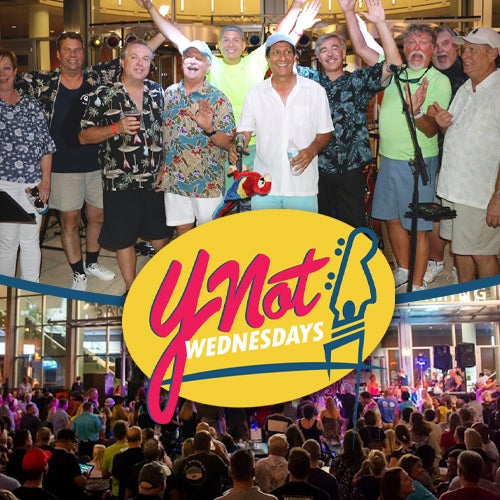 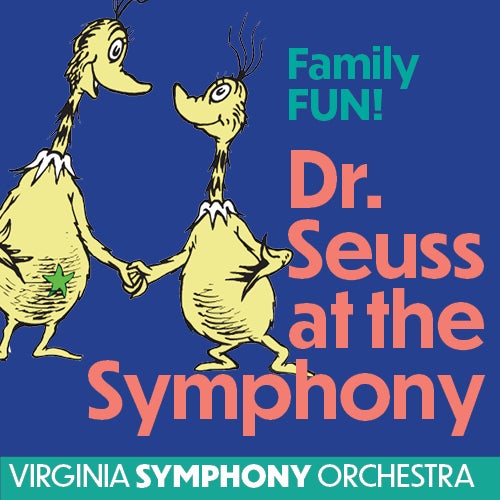 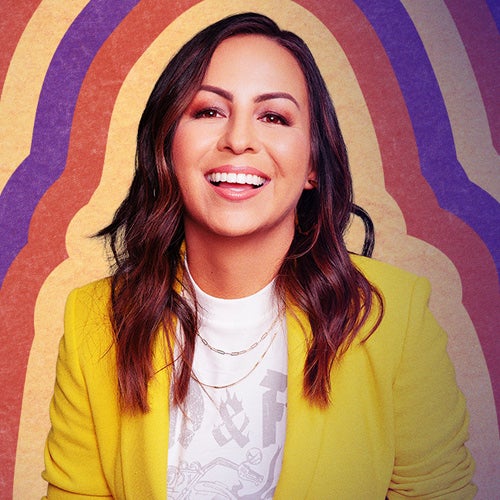 Who Do I Think I Am? Tour 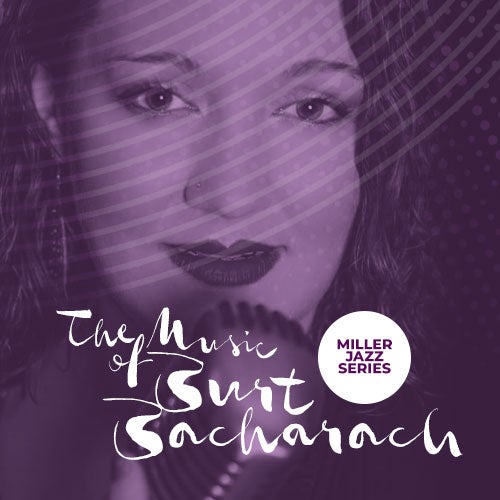 The Music of Burt Bacharach 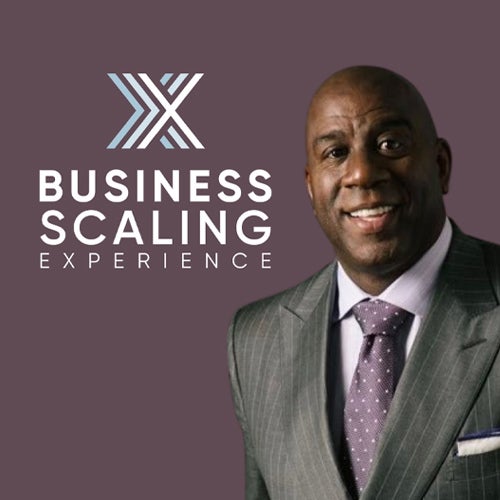 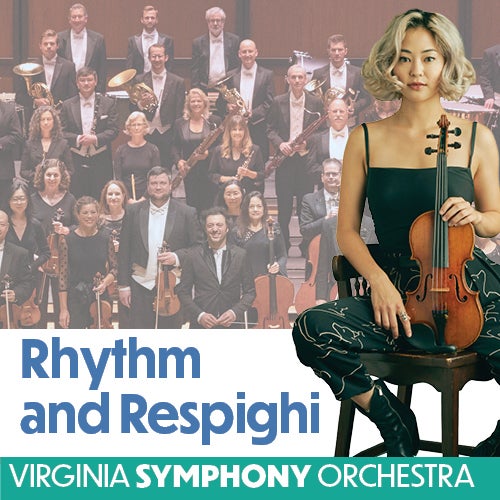 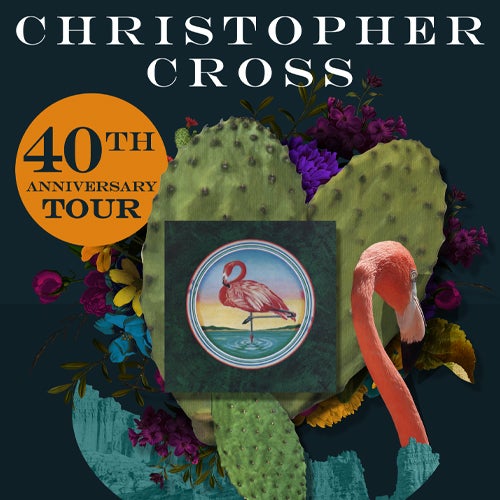 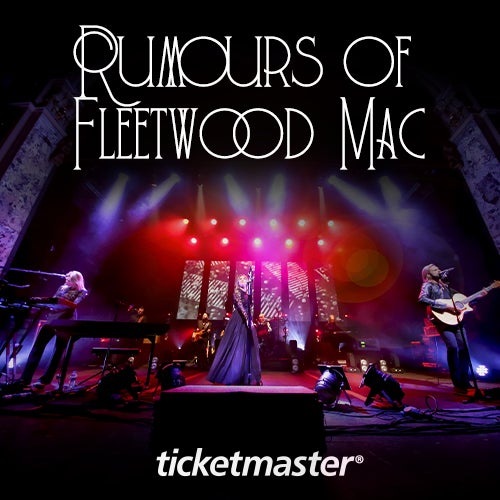 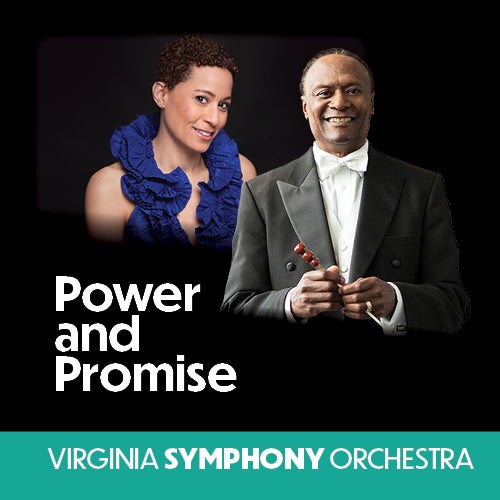 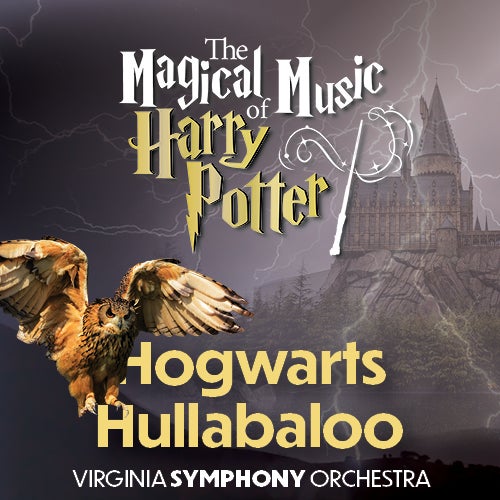 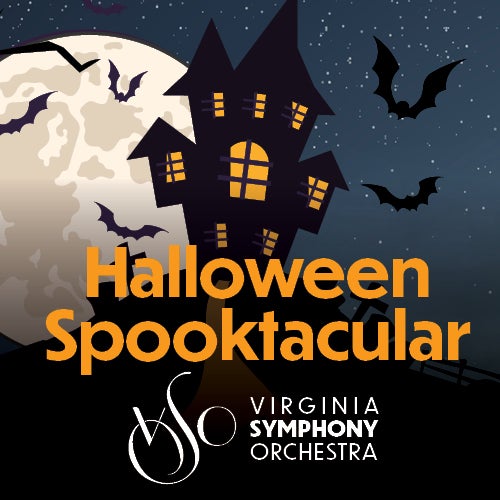 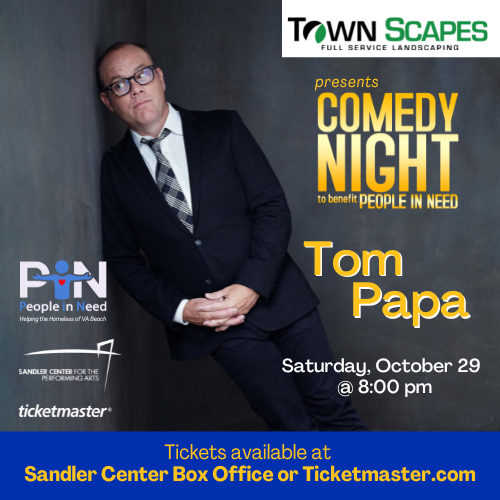 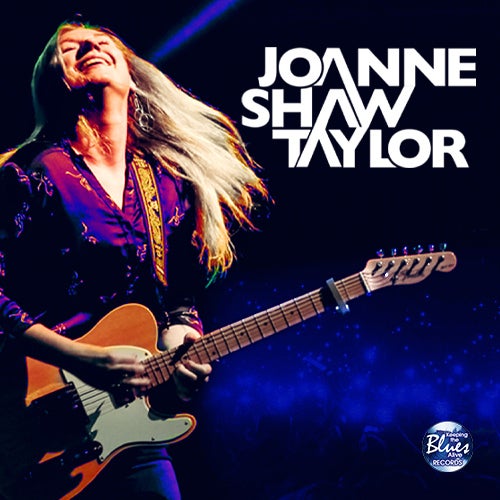 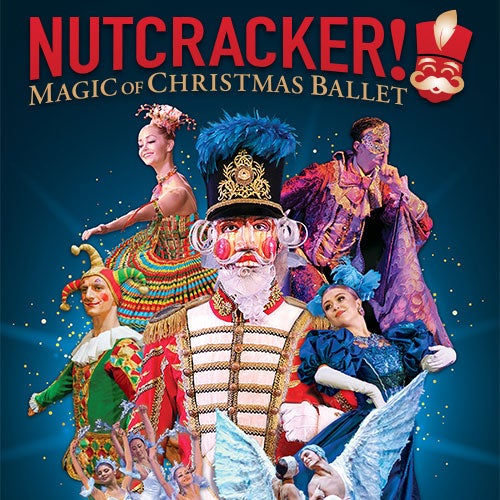 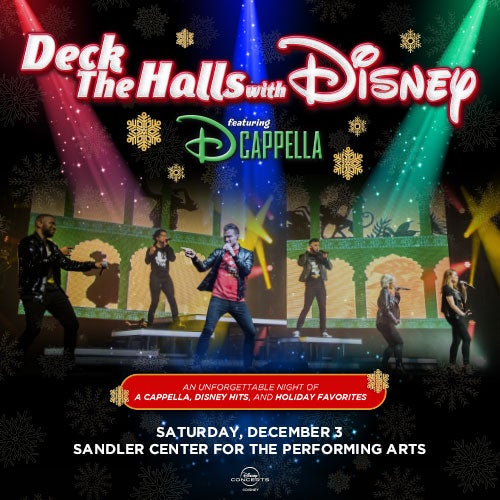 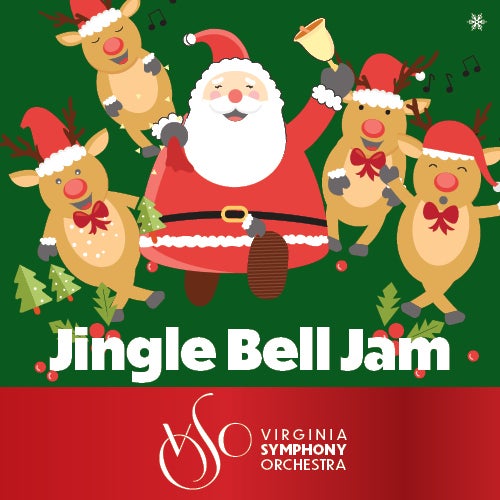